Posted at 09:35h in stories by Elena Merlo

The entrepreneurial idea in a sentence
Owner of a night-club

Advice for future migrant entrepreneurs
Seek advice and get well informed before starting an enterprise. One needs to have an idea of how a plan should approximately evolve and not just jump into it. 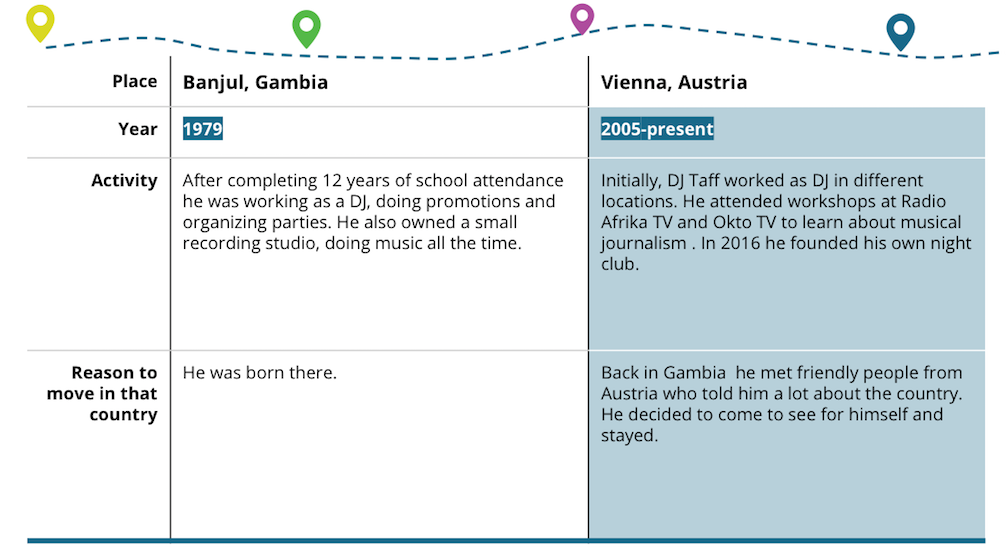 In the settlement, he was helped by some friends who gave him personal and financial support, by Verein Ute Bock which helped him appeal to negative asylum assessment and by some lawyers who provided legal advice.
In developing his business, he was supported by Brau Union which gave him a small credit on supplies and by some friends who financially supported the start of his business